This script takes an OmniFocus project, replaces placeholder text with user entered strings, and adjusts all dates by some fixed interval to match a new start or due date that you enter. The new project appears at the end of your projects list. From there you can move it to the folder you want it to “live” in, or even move it into an existing project as a new action group.

It takes just three steps to add the script to your OmniFocus toolbar:

To use, first you need to create a project template in OmniFocus. I use a top-level folder named Templates, marked dropped1, to hold my templates. Here is an example template: 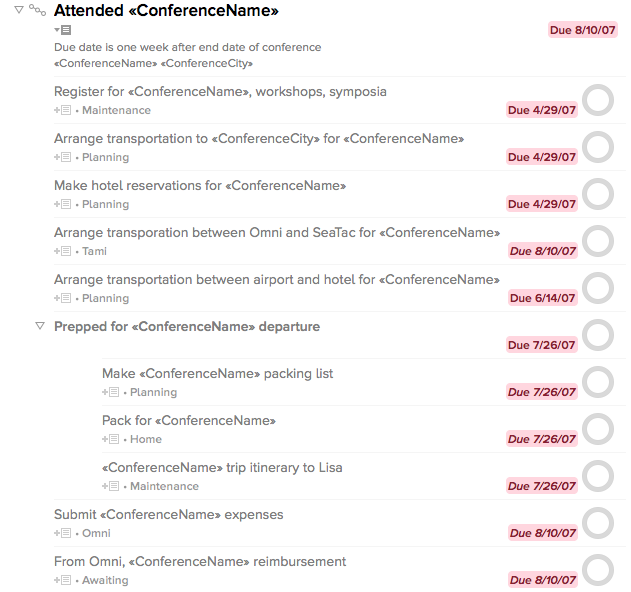 Creating Your Own Template

Now when you’re ready to start a new project using your template, just follow these steps:

1 In what could be considered a bug, projects inside dropped folders are not moved to the OmniFocus archive. However, such projects are also not shown in lists of active projects. So, keeping a template project in a dropped folder is a convenient way to hide the project in most lists while still keeping it around.

When the template is copied to make a new project, all the dates are moved forward by the slip time if it exists. If it doesn’t exist, then no dates are changed.